Onto the next, the second show for the day was a fashion show held on the main by designer Herman Vassallo. He showcased his tasteful collection called Dynasty.

I enjoyed all the pieces from Herman’s collection and the two dresses that I like more were the closing ones worn beautifully by Donna Borg Leyland and Karly Naudi.

I’ll let you go through the photos taken by Gordon Formosa, of Herman’s collection which was an extremely good effort for his ever runway show. Well done to all involved however I would point out that when creating a runway show one needs to be meticulous when presenting the final product, from my point of view I noticed that some outfit were missing those finishing touches that unfortunately really show on the runway. 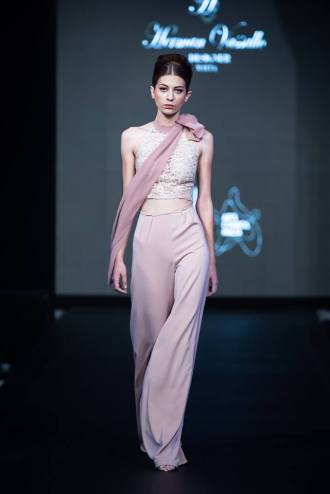 The styling of the hair I really loved and make up was done very nicely too.

Disclaimer : All photos in this post belong to Gordon Formosa and have been used for the purpose of this post. DO NOT crop, edit, use or change these photos in anyway without our express permission.