If you recall this time last year, the Golden Globes’ red carpet was flooded with dark colours when almost every attendee wore black as part of Time’s Up, a campaign launched by some of Hollywood’s most powerful women to combat sexual harassment across industries.

A year later the awards marked a return to the status quo, with Hollywood’s biggest stars arriving at the Beverly Hilton Hotel Sunday night in the bold, dramatic ensembles we’ve come to expect from one of the entertainment industry’s most glamorous nights.

SO here my personal faves from the red carpet …

In my eyes this is JUST perfection. The Seven Seconds actress appeared wearing a stunning custom Alberta Ferretti dress. The floor-length dress features pink sequins (yaassss) with detailing along the sides. The strapless silhouette hugs her upper body and effortless hangs down, making it an incredibly flattering choice for her amazing toned figure. 9/10 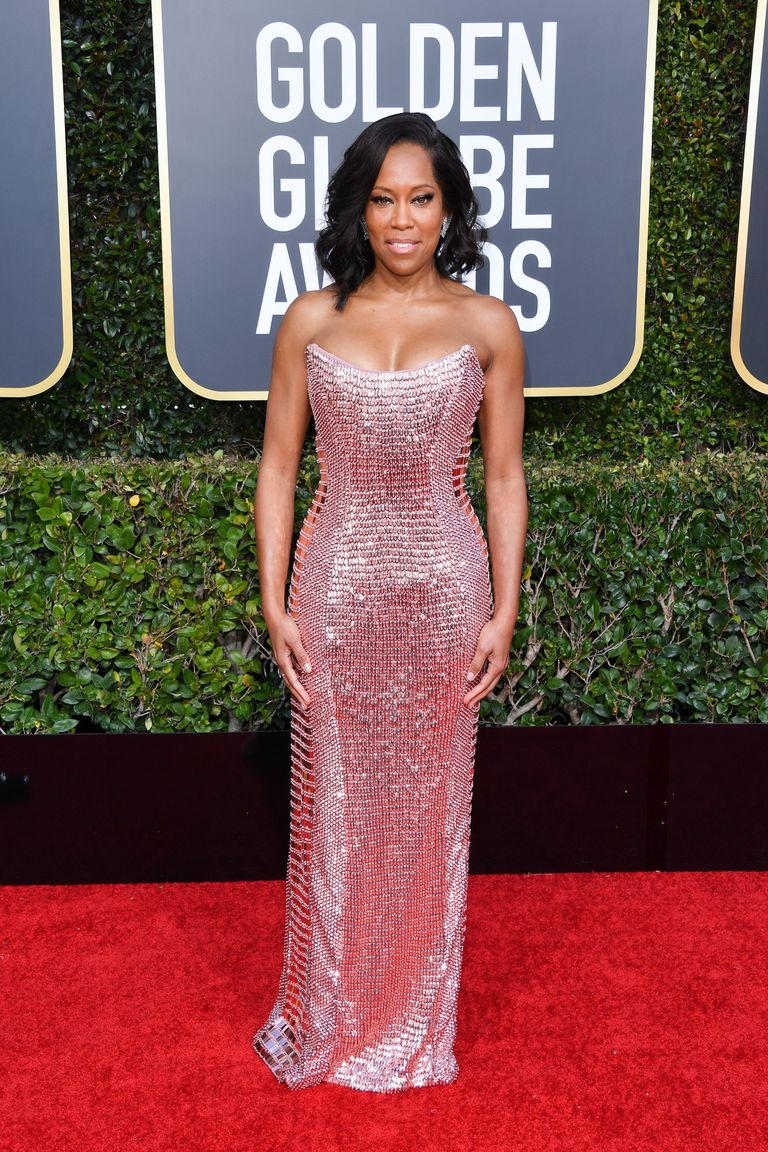 Straight up, this is the IT dress of the night. There was no way Lady Gaga was going to go low-key and she pulled off this utterly stunning periwinkle Valentino couture dress from the A/W ’18 collection down to the T … ya know hair same colour of dress and all.  I can clearly see that she had in mind Judy Garland inspiration from the scene off the 1954 version of A Star Is Born, in which the Hollywood icon wore a similar strapless gown with matching shawl and gloves for a performance. 10/10 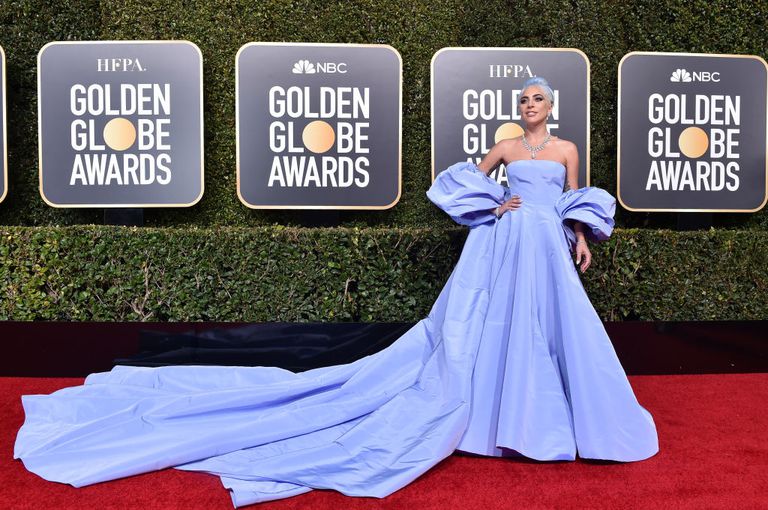 While most stars went for solid colors, very daring Anne went for the total opposite and I just LOVE that she took such a fashion risk with the leopard print which looks gorgeous if you ask me. STUNNING ! 10/10 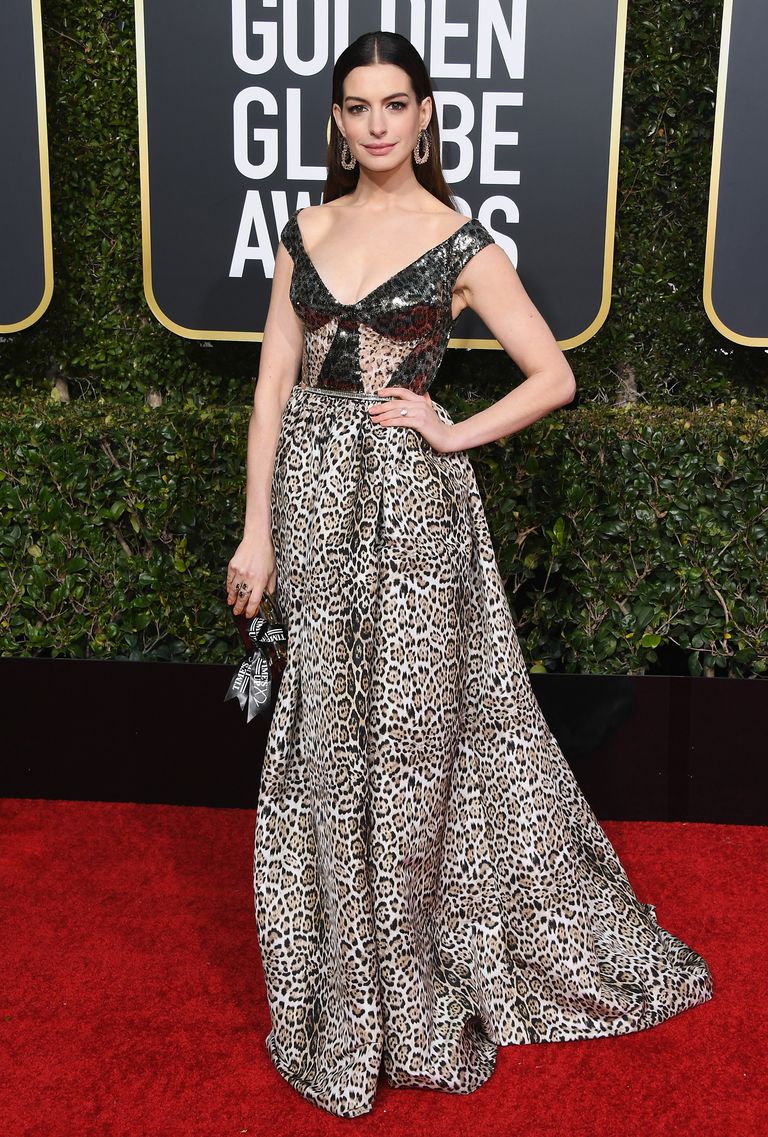 Oh my Dior! Can do no wrong  this Black and White ensembke is everything. The Tully actress was a vision this simple, yet stunning sheath dress capped off with a bow by the French fashion house. 10/10 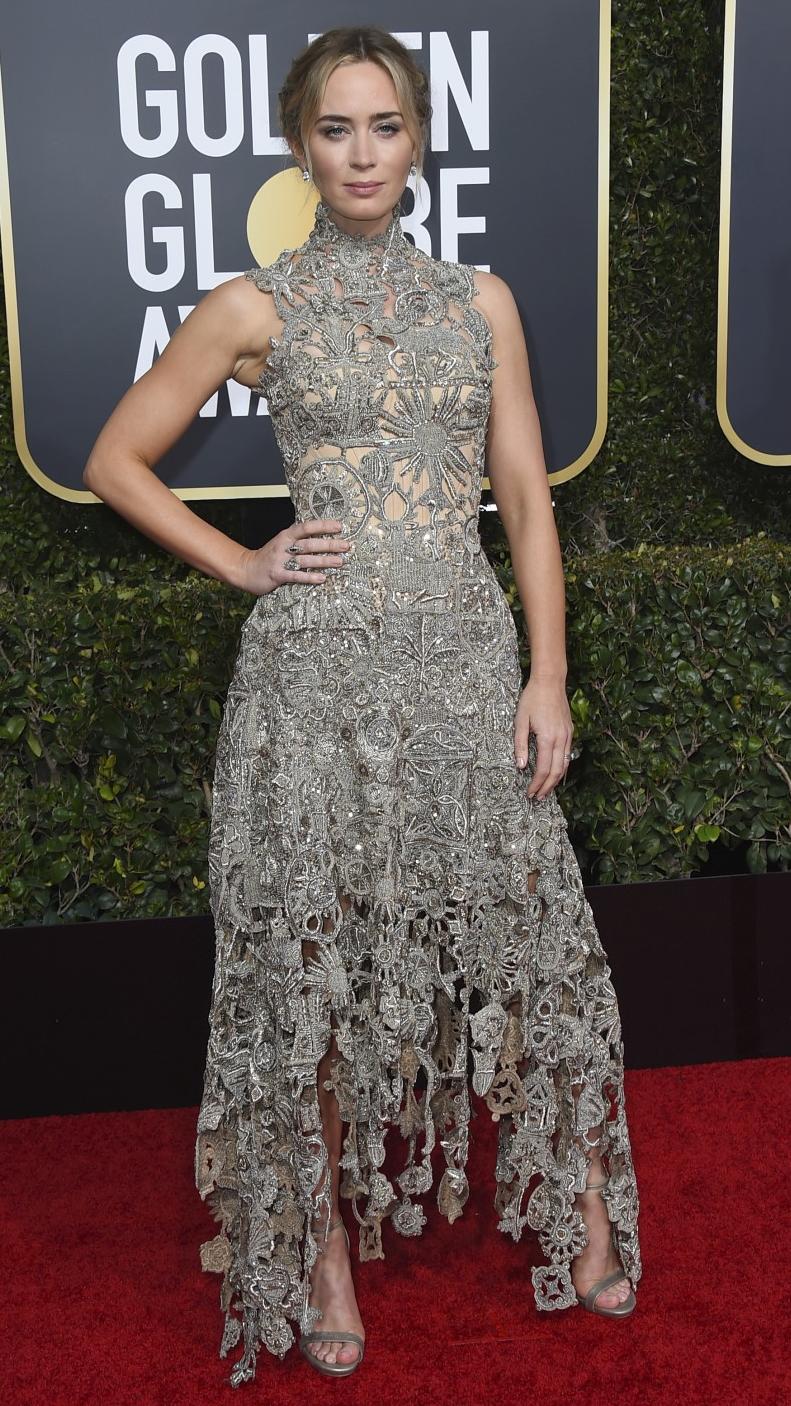 Until next red carpet, 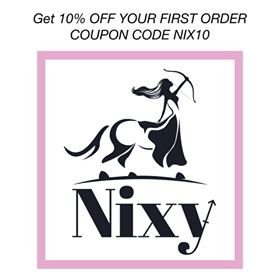